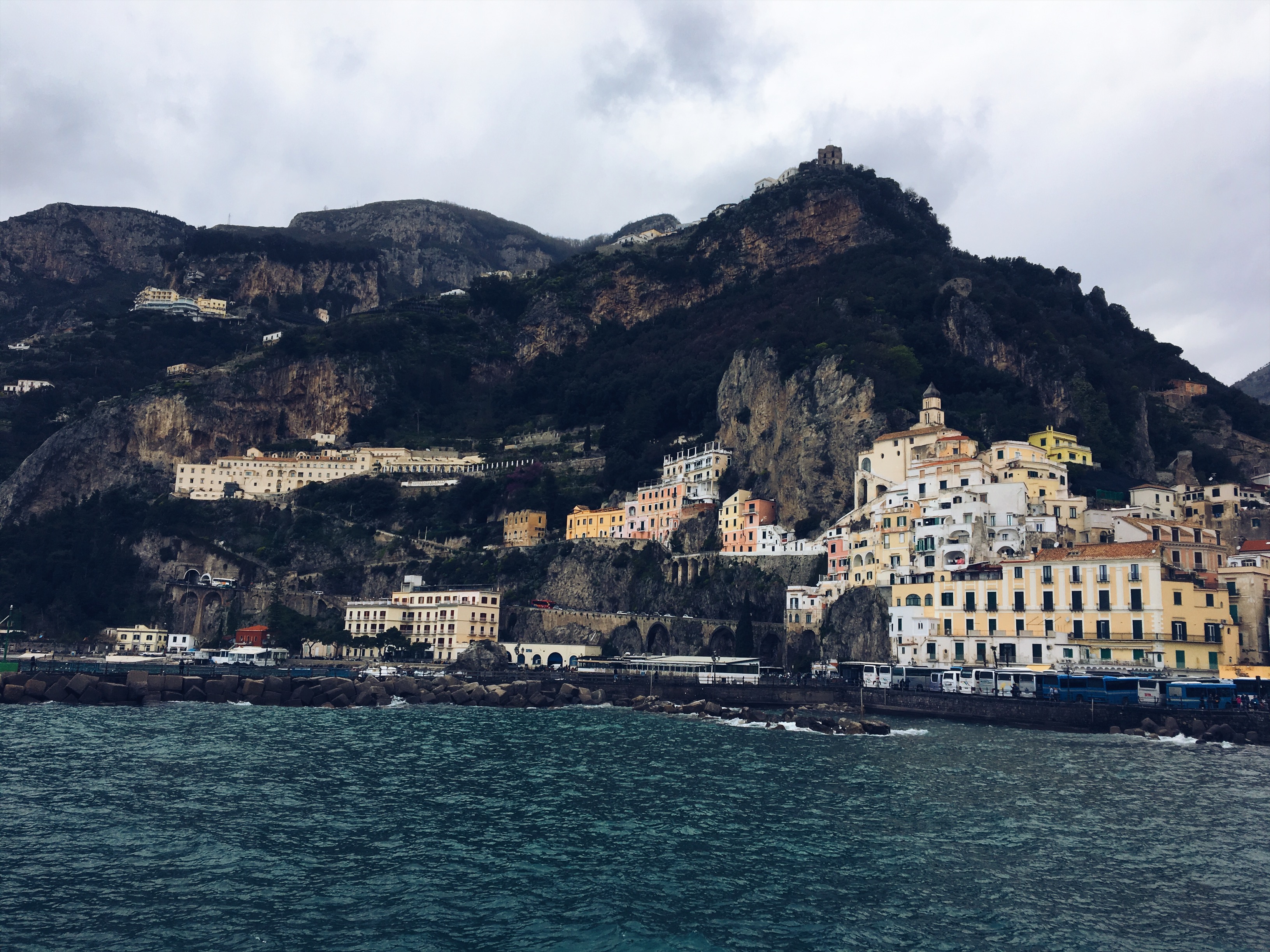 This week was absolutely perfect!!

We spent everyday exploring the city and learning about the rich history of Rome’s past. Our professor here is the best and loves art history as much as he loves to teach it. I feel like I’ve already learned so much!!

After we landed on Saturday we took a walking tour of the city with our professor and ended up at the Pantheon. Let me just tell you it was the coolest feeling turning a random corner and seeing the Pantheon in all its glory. I was in shock. We had yummy pasta for dinner, and found the gelato place our friends in the other group were raving about. Romana’s is a cute little gelato shop down the street from where we’re staying. They put chocolate in the bottom of your gelato and it’s the greatest!!

Sunday we went on a walk with our professor to Palatine hill which overlooks Rome. After the walk we went to Mama Eats which our professor’s wife recommended and has some of the yummiest pizza I’ve ever had.

Monday was spent at the Capitoline Museum, which has the most amazing artifacts from the Classical Greek period in art history! I was blown away by some of the sculptures we were able to see. After a quick lunch break we visited the Pantheon and were able to go inside. The Pantheon is so underrated it really is one of the coolest buildings I’ve ever seen!! I was extremely content.

Tuesday we went to the Colosseum, which is massive!! It is so well preserved for its age and I loved being able to see it in person. After the Colosseum we explored the Roman and Imperial Forums, which are so cool!! So much history preserved in such a small space.
Wednesday we went to a bunch of early christian and byzantine churches. I loved all of the mosaics we saw, and the excessive use of the color gold!! I didn’t appreciate the clear coffins of popes displayed in some of the churches, they were all kinda creepy. After our tour of the churches we laid out in the sun outside of the imperial forum for a couple hours and it was lovely.

On Thursday we toured the catacombs outside the city, and spent the rest of the day exploring the Via Appia, which is a gorgeous old roman road!

Friday was good Friday, and we had a free day! We spent the day shopping and exploring. We wandered around trying to familiarize ourselves with the city. We went to the Spanish Steps, and the Lindt store by the pantheon.

Saturday we went to Amalfi! We took the metro to Termini, where we took a train to Salerno. In Salerno we took a bus to Amalfi! The bus ride was overcrowded and gross. It took us up a narrow road in the cliffs above the coast. It was well worth it when we made it to gorgeous Amalfi!! It’s the cutest little town with a very authentic Italian feel to it. The bus dropped us off right across the street from the beach. We got in the water despite the fact that it was maybe 45 degrees! After swimming around for 20 minutes or so we went exploring the little shops looking for a restaurant to eat dinner. We ate at a little pizza place up the road past a fountain and up some stairs. I had gnocchi!

We spent a few minutes at the souvenir shops after dinner before rushing back to the bus stop to get tickets and catch a bus. We ended up getting on the wrong bus, and riding 10 or 15 minutes before we realized we were going the wrong way. We ended up running down a mountain to get back to Amalfi in time to catch the next bus. The mountain path we found was gorgeous and had amazing views of the coast! Probably my favorite part of the whole day. When we made it back to the bus stop, we realized there were way too many people already waiting in line for us to successfully make it on to the bus and back to Salerno in time for our train back to Rome, so we took a taxi back instead. Overall it was an amazing experience! I loved Amalfi, and all of the beautiful views. 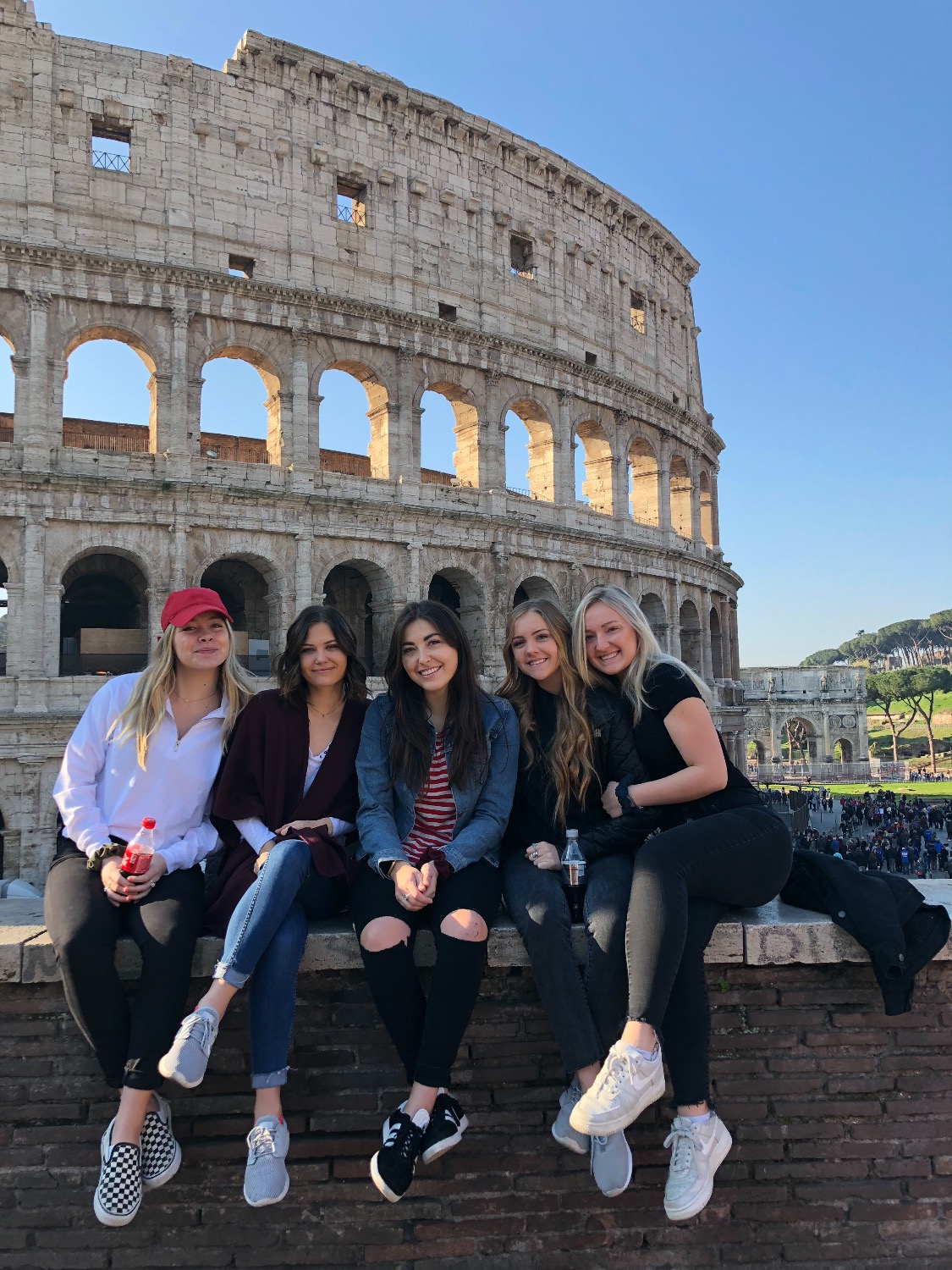 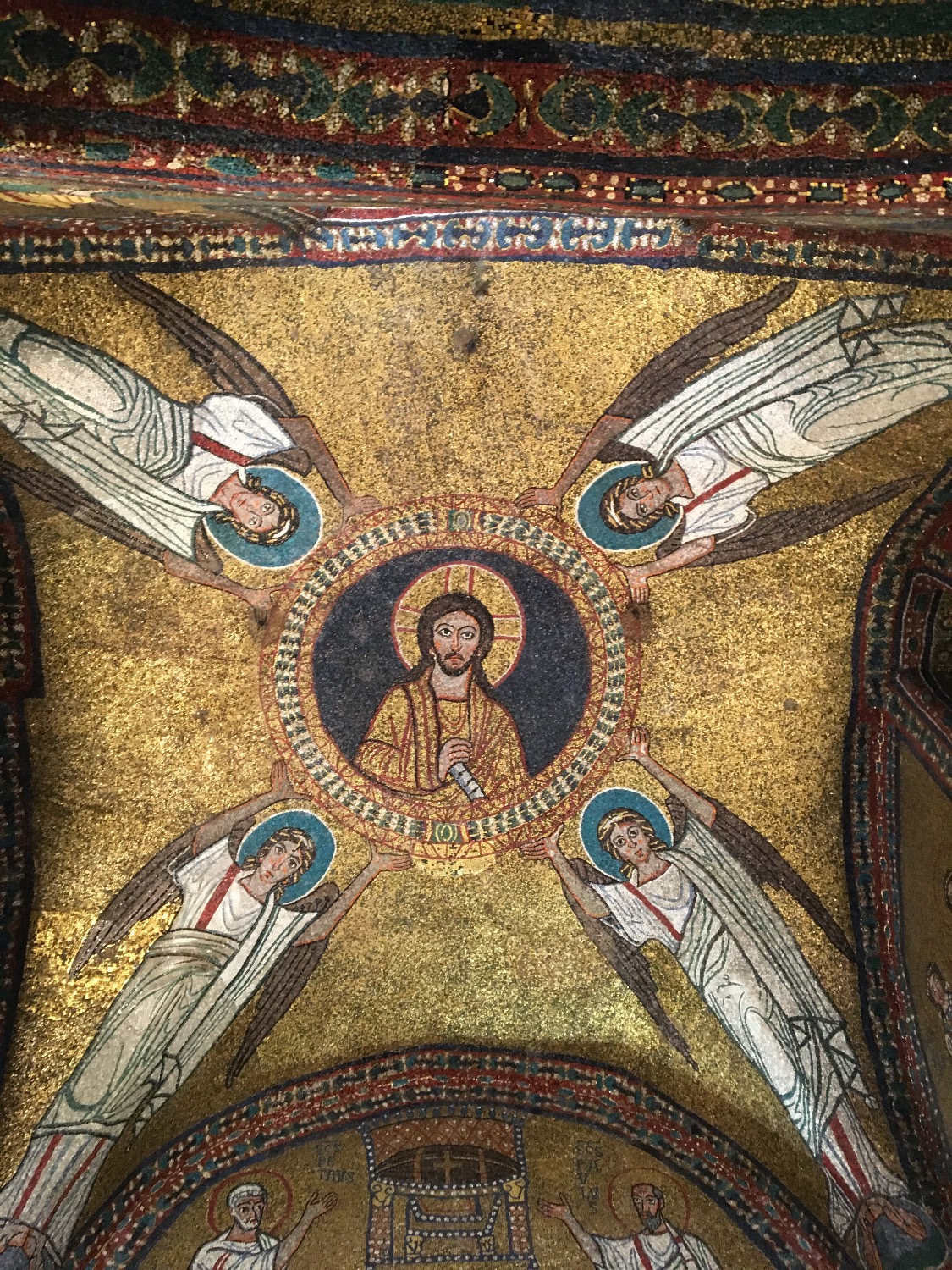 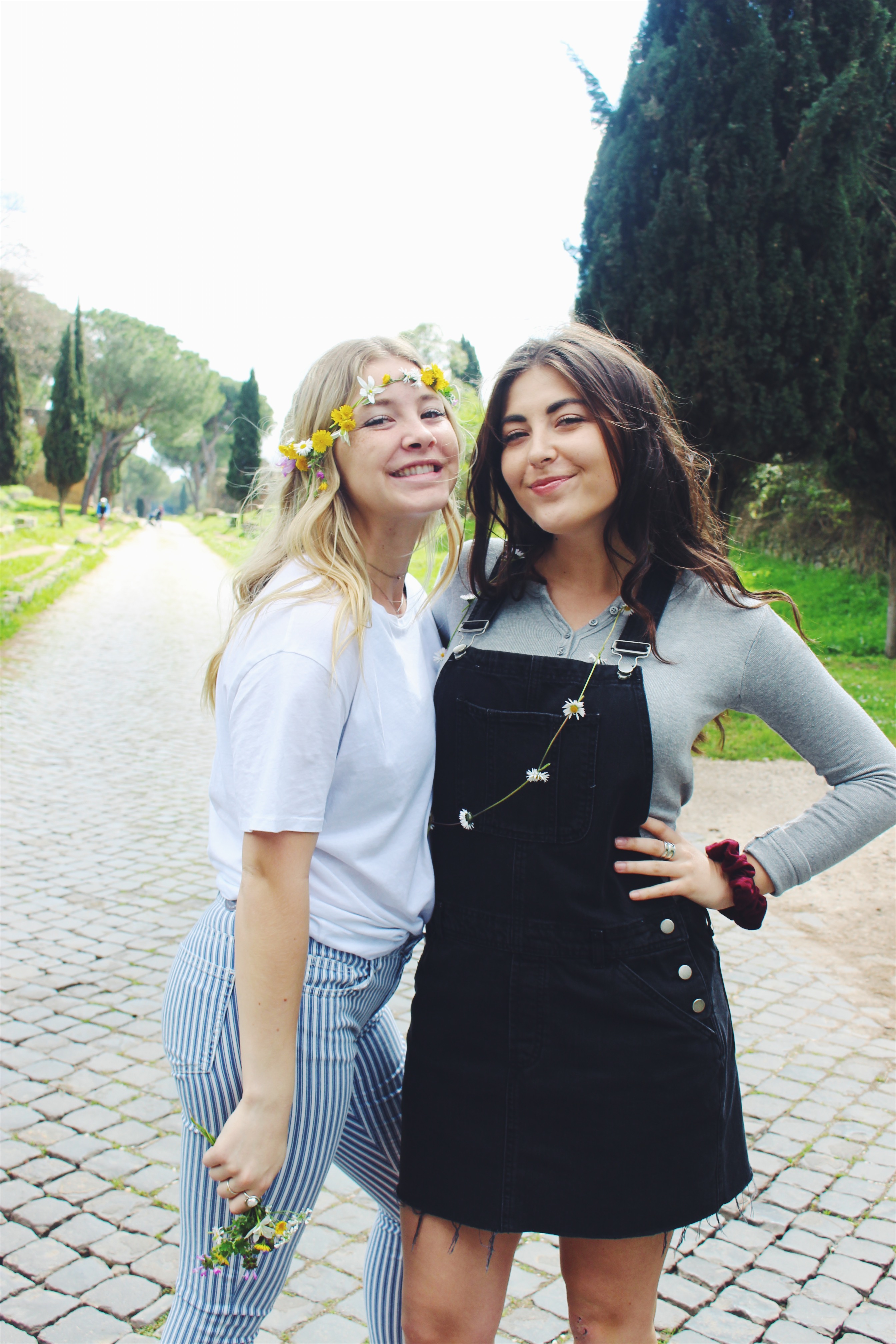 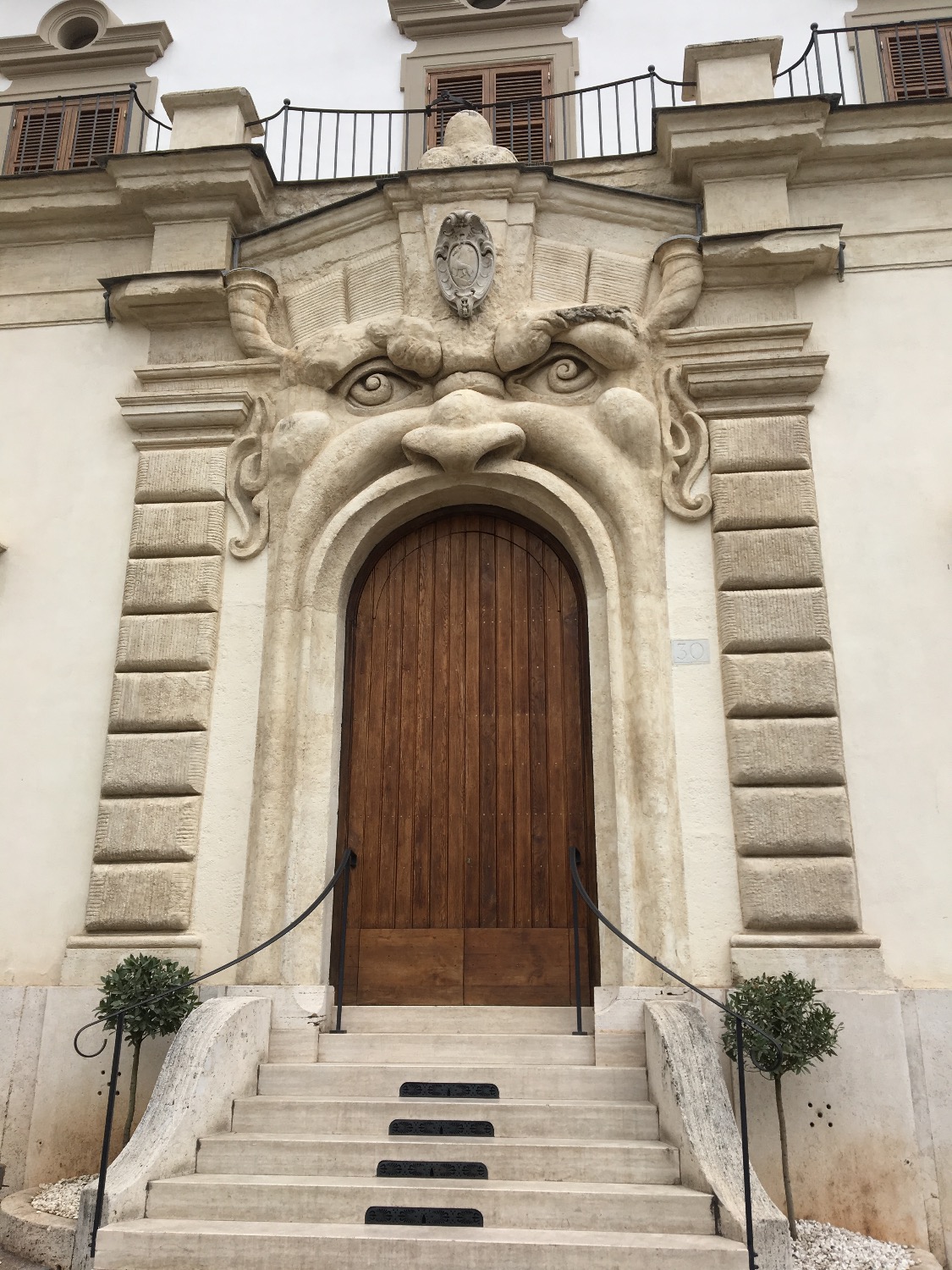 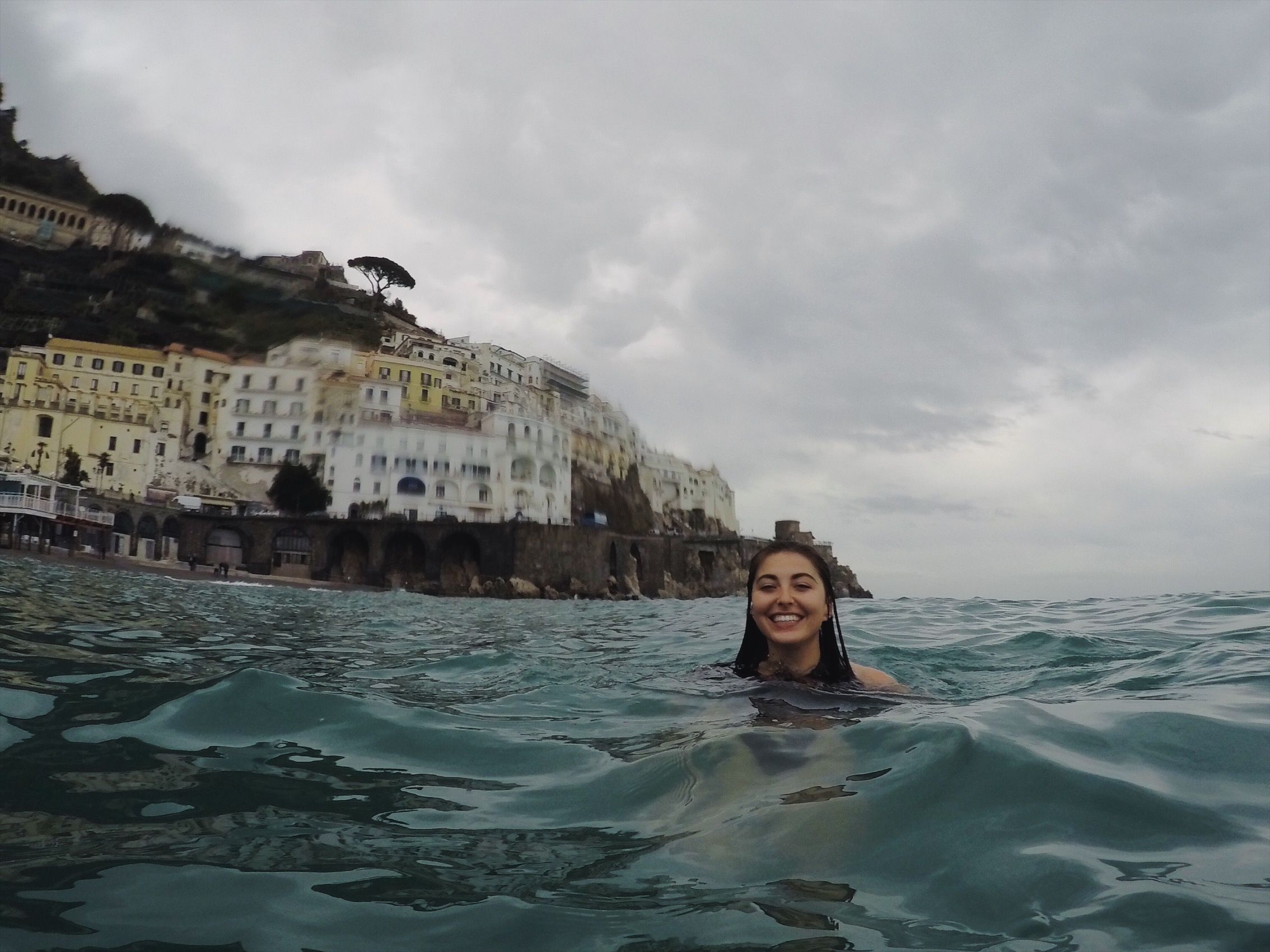 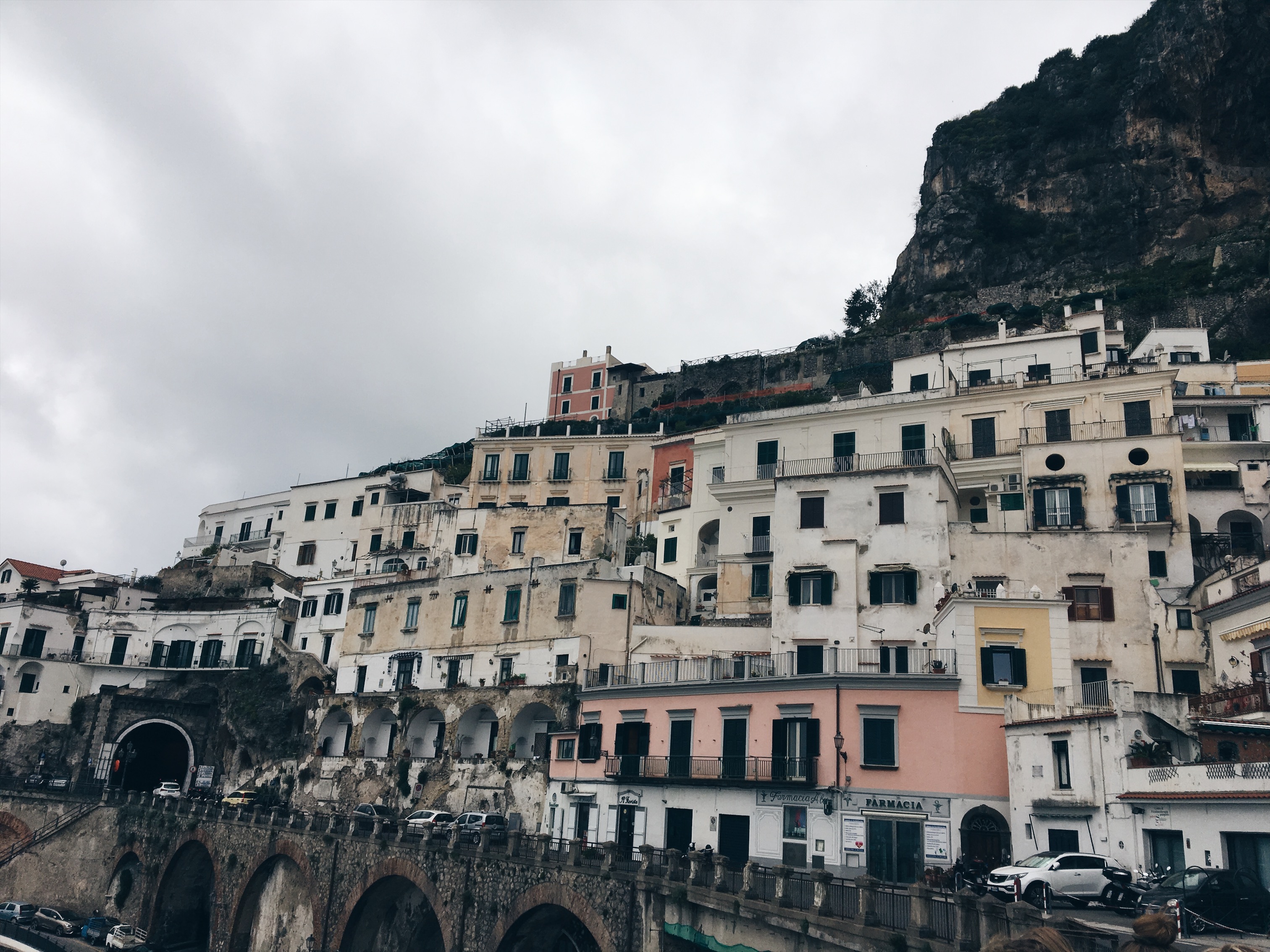 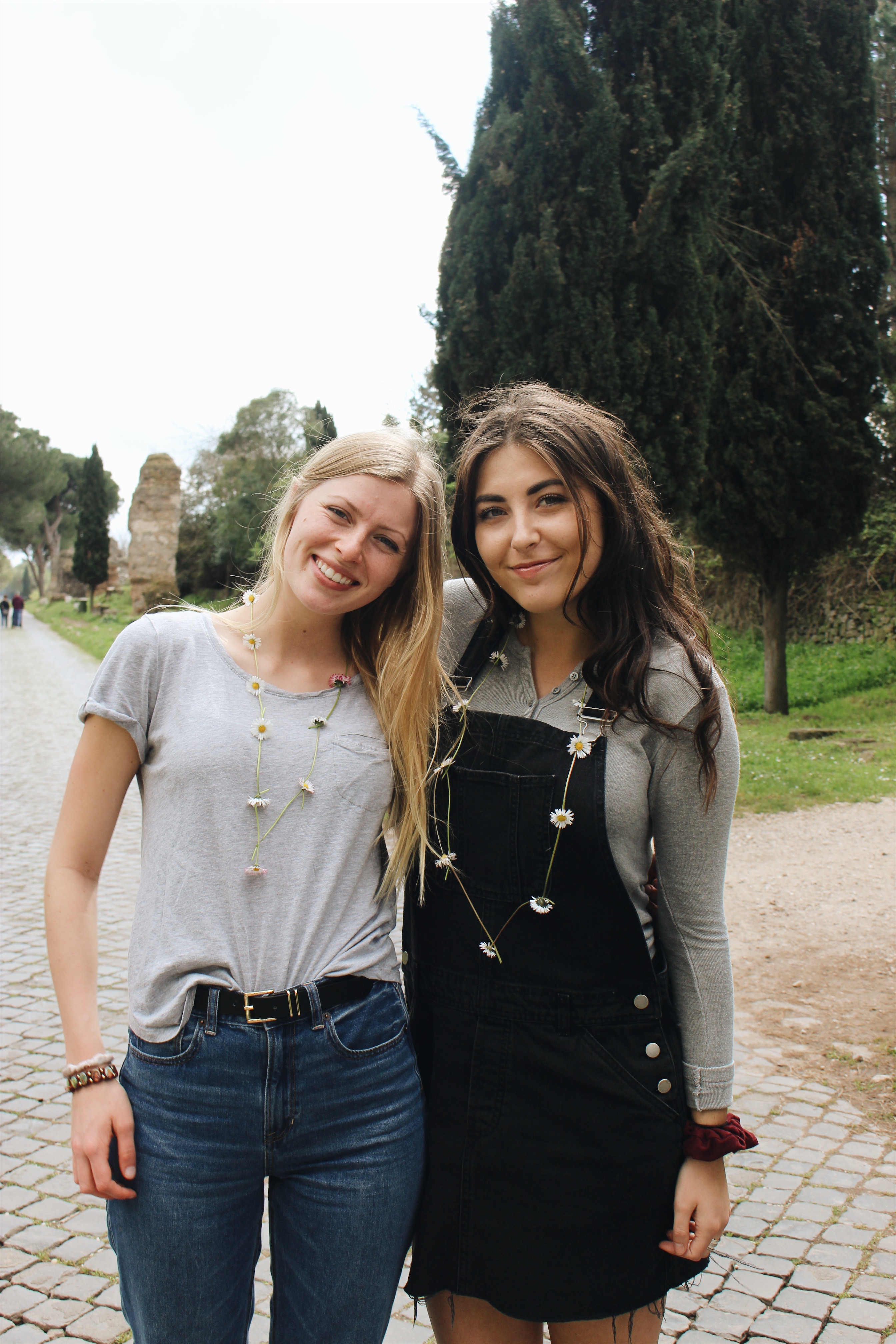 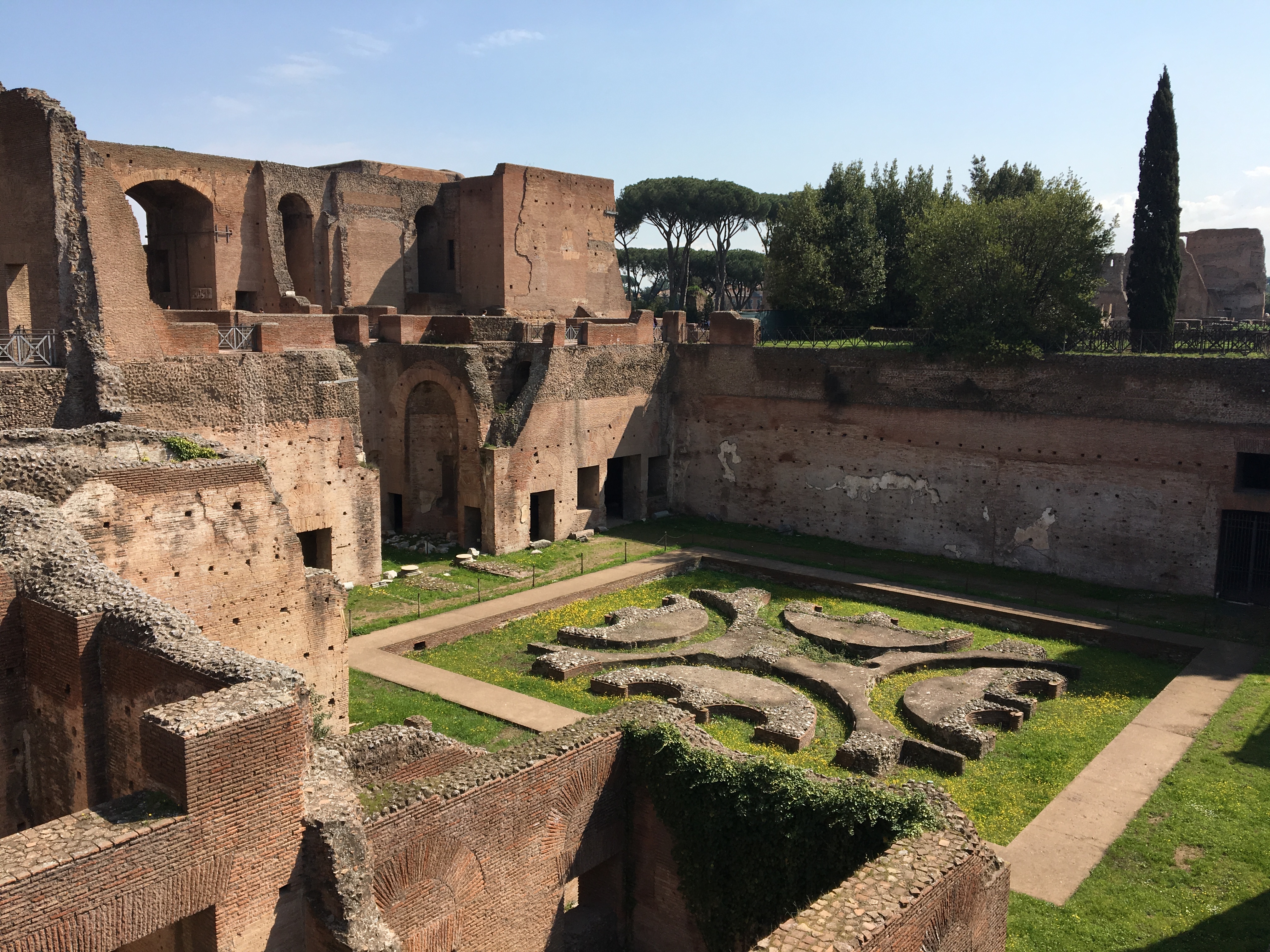 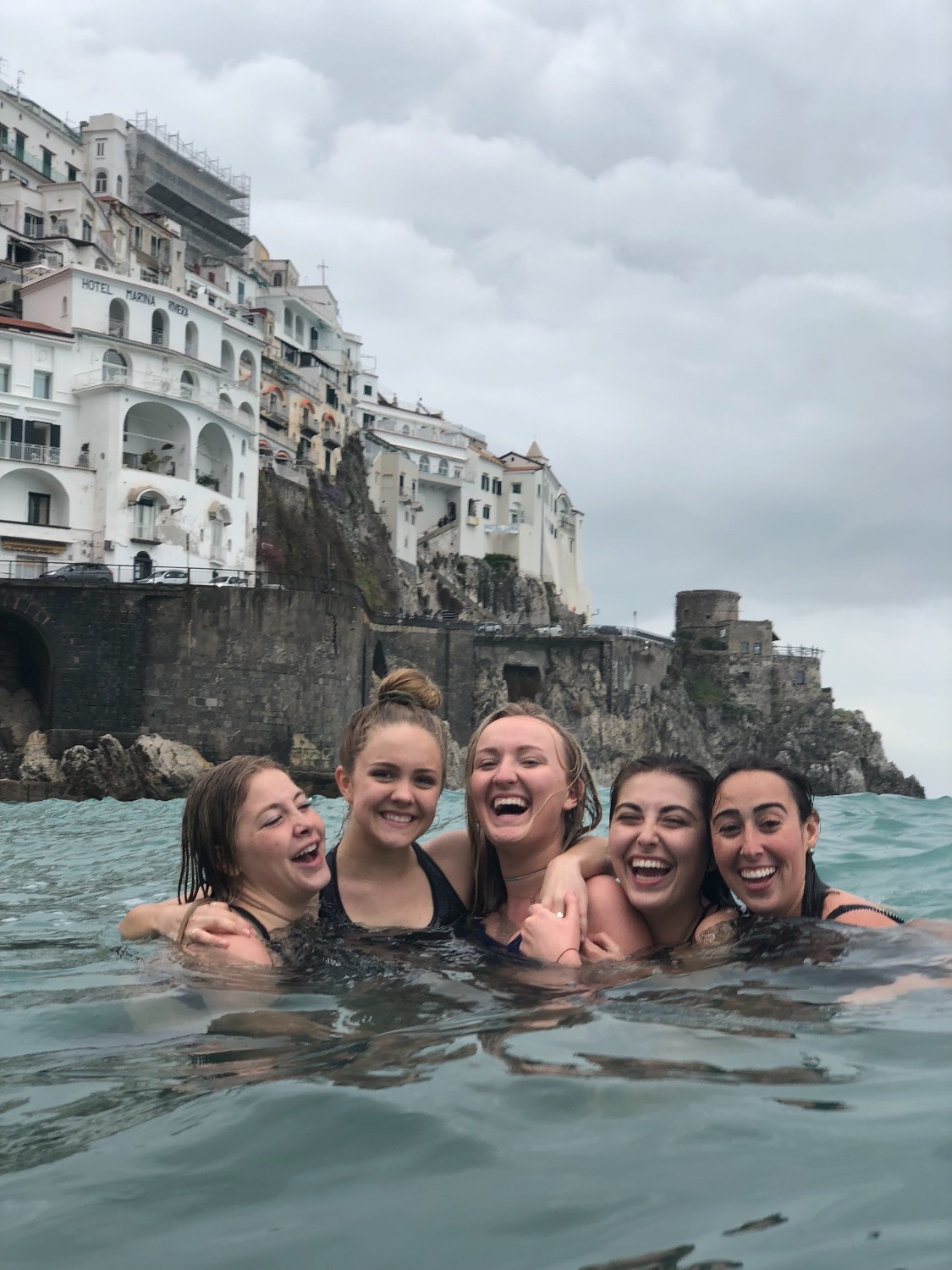